Nigerian rapper Lanre Dabiri also known as eLDee says banning anyone from social media is a form of tyranny.

The music star made this known via his Twitter page on Monday, January 11, 2021.

“Banning someone from a social media platform simply because you don’t agree with their opinions is a classic demonstration of tyranny,” he tweeted.

The rapper’s tweet may be connected to the recent developments in the United States of America.

It would be recalled that the outgoing president of the United States, Donald Trump was banned from several social media platforms for what has been perceived as inciting violence. 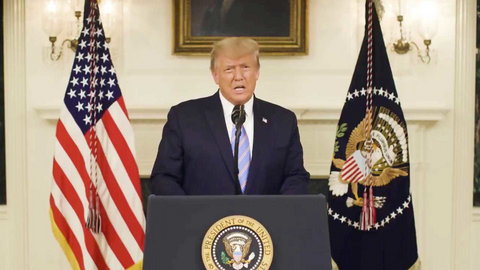 The president of the United States of America, Donald Trump
Donald J. Trump via Twitter/via Reuters

Twitter, Facebook, Instagram, and several other social media platforms axed the 45th president of the country from their platforms after the violence that took place at the US Capitiol.